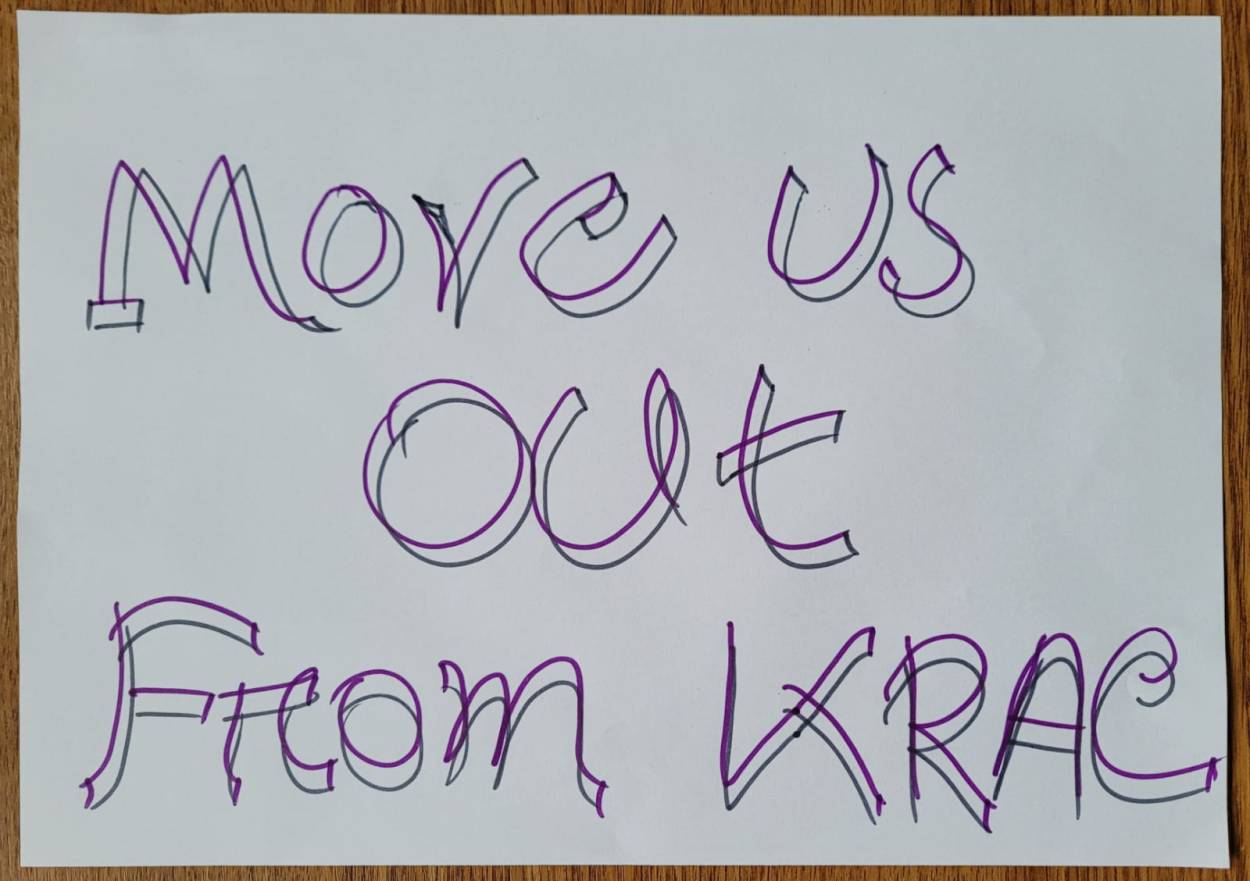 I have predicted it since the start of the pandemic, I have been on the 96 FM Opinion line several times with a warning. And now it has happened. The ultimate proof that Direct Provision is not keeping people safe: A very serious outbreak of COVID19 in the Kinsale Road Accommodation Centre.

“The manager on duty was crying” said one residents when he reported the outbreak to me. “There was a line of taxis and at least three mini busses waiting outside to take people to isolation rooms in Dublin (and some in Cork). “

I was wondering what she was crying for? Did she think they’d done their best? Did she feel sorry for the residents? Did she know that this was inevitable? Why would she shed tears in front of the residents who were affected by this outbreak? Or did she just cry crocodile tears to avoid conflict?

It was Christmas Eve when tens of residents were taken away, they are now in hotel rooms in the country somehwere. Those without symptoms are taking it as a holiday away from the centre. Some haven’t slept in a double bed for many years. Those with symptoms, or with underlying conditions are very worried, and feel let down by the systen.

For the ones staying behind the centre has become a place where they don’t feel safe any more. They hardly dare to come out of their rooms. They worry about who else may be positive, because not everyone was tested. And most of all, they worry for their children.

The first interviewee, M. has been living in Kinsale Road Accommodation centre for 5 years now. He lives with his wife and 4 years old daughter. They all tested negative, but they are feeling very unsafe. He told me how you are never totally safe in this centre, because you have to collect your water and milk from a dispenser that is used by all 250 residents, there are communal kitchens and toilets, the room next to his was used as an isolation room, he feels very insecure.

His question to the Minister for Equality is to please let the families live in self catering homes. He is very worried for his daughter. He says it is impossible to keep a young child like her inside. And with all the other worries, comes his own condition. M. suffers from asthma and needs to avoid getting COVID at all cost.

Second comes A. A father of three children. He and his wife had tested positive and were moved to Dublin. They have started showing symptoms of tiredness and fever, and A. is starting to cough. They are now in a bigger room than they have ever been and get a daily phone call of a doctor who asks them to check their temperature and for their general wellbeing.

A. tells how he found the staff in KRAC very unpleasant. They were stressed out and wanted his family to get ready within 5 minutes, which, with children aged between 1 and 5, is impossible.

According to A. around 60 people were removed from the centre.

A. says he will have to stay until January 5th. The doctor on the phone, himself and his wife are worried about the young children who are coughing and not feeling well. His wife also has a fever and fatigue. To feel unwell and having to care for three children who also feel unwill is very difficult.

But he says, it all seems easy in comparison with what he sometimes faces in Direct Provision. His plea to the minister is to please think of the families in DP, and to give everyone a self catering home.

The last interviewee is H. a man whose result also came back positive. He has a serious underlying condition. he says he is both shocked, worried and angry.

H says he is worried because he often has pulmonary problems and his immune system doesn’t work well. He can’t work now for 2 weeks. This is not the first time. Every time someone tests positive in the centre, he is obliged to stop working and to self isolate for two weeks. This is costing him a lot.

He says there is a big stigma attached to people living in Direct Provision , and now that he has tested positive together with his colleague who also lives in DP, this will not improve things. His workplace had been COVID free till now.

He is very worried about going back, and says he doesn’t feel safe at all. He doesn’t know who could be positive, not everyone follows the rules of the place and living on top of each other doesn’t work.

His message to the Minister is : shared living does not work. He hopes maybe the President of Ireland could take some initiative. There are many opportunities for housing in Ireland.

I feel a mixture of anger, despair and sadness myself. This has been predicted by myself, by NGOs and by anyone who knows about life in DP. We sent a letter to the ministry of Justice and to IPAS at the beginning of the pandemic with the Cork City of Sanctuary COVID Action group, pleading for the families to be given a self catering accommodation. It didn’t happen.

And the manager cries. I think they were crocodile tears.

Listen to the podcast here: