The unbearable lightness of asylum seekers’ life in times of a pandemic.

Like many other people, I wasn’t too sure what to think of the pandemic at the start. I was convinced it was another type of flue, nothing too bad. But when I saw the numbers of people dying, the speed of contamination, I soon changed my mind. This one is like nothing I have ever seen or experienced before.

So here it is, the pandemic scientists have been warning for many years. It has arrived.

One of my first thoughts was how they would ever keep COVID19 out of busy, shared workspaces such as call centres, which I, unfortunately, know all too well.

And then my mind went to the Direct Provision Centres, with its shared rooms, shared bathrooms, canteens, recreation areas. I tweeted about it, asking Charlie Flanagan and HSE what they were going to do about them, how will they apply social distancing in these places? No answer, of course. A few retweets, but that was it.

A resident of one of the centres then sent me a video, showing nothing but empty hand sanitiser containers in his centre. Now that made me mad! I tweeted it, and then shared the video with my colleagues on the City of Sanctuary movement’s executive committee, we decided to set up a task force, wrote a letter to the mayor and other important people in the City council and the government, and made an action plan and started a petition asking to move vulnerable people out, move families out and to provide accommodation outside for health care workers and other frontline workers.

We moved on to set up informal resident’s platforms, got meetings with the HSE inclusion team and set up a Connect Call service for residents.

We were working together as a team, all passionate, and full of enthusiasm.

We got the news that the Department of Justice had provided 650 rooms for people who needed self-isolation and some new places to ‘thin out’ overpopulated DP centres. Hand sanitisers were finally provided.

It all sounded too good to be true…. and indeed it was.

Here is what is really happening.

He often works night shifts, but his meals are not adapted. Why, oh why are they not putting the healthy, well able health care workers in self-catering places? I know of some of them who have refused to go and live in a hotel, because of these reasons, they have lost their job and being residents of DP centres, they are not entitled to COVID-19 payments.

Here is what one of the residents there said: “Keeping social distance is impossible in the accommodation centre as we share things and have not enough space”.

He called me back, the nurse had told him that it would be very difficult and asked if I could contact her. I called her and she told me, that so far, she hasn’t had any luck with the Justice Department, nor with IPAS. She asked me if I could take charge of this. In the end, I got help from the Irish Refugee Council who is now fighting his case.

And so it goes on and on. Families are still living in tiny spaces with their children, in some of the hotels, single mothers share the same room with their teenage children, both girls and boys. They are finding it extremely difficult. They need an appartment, not a room.

It seems quite clear to me that the government did react (too slow, reluctantly, but under pressure) to the petitions and press actions, but they did it wrong. They acted on a national level, dealing with numbers, not with people. They acted but did not do enough, hence the recent outbreak of COVID-19 in Cahersiveen, and the announcement that there are 10 clusters of Covid19 and 62 positive tests in DP centres 11 of them have been hospitalised.

There is a serious lack of communication between the stakeholders and a serious lack of empathy and humanity in the way they deal with asylum seekers. Moving them from one county to another without any warning, Putting them in hotels and leaving them to their own device there. And then leaving them in circumstances that are not right at all, not in everyday life and certainly not during a pandemic.

If this crisis has shown one thing it is that the Direct Provision centres are not fit for purpose, that hotel managers should not be given the management roll of centres for refugees and that working at a local level would have been a lot better than trying to organise numbers.

I understand that the HSE is doing its best, but they have no need in promoting themselves to us on the frontline, they need to be honest and open. If something doesn’t work, just say it doesn’t work, be transparent.

Do not mistake an activist for a social worker. there are differences.

Keeping asylum seekers safe is keeping everyone safe. As the WHO said, we are all in this together. Let’s make sure we mean it. 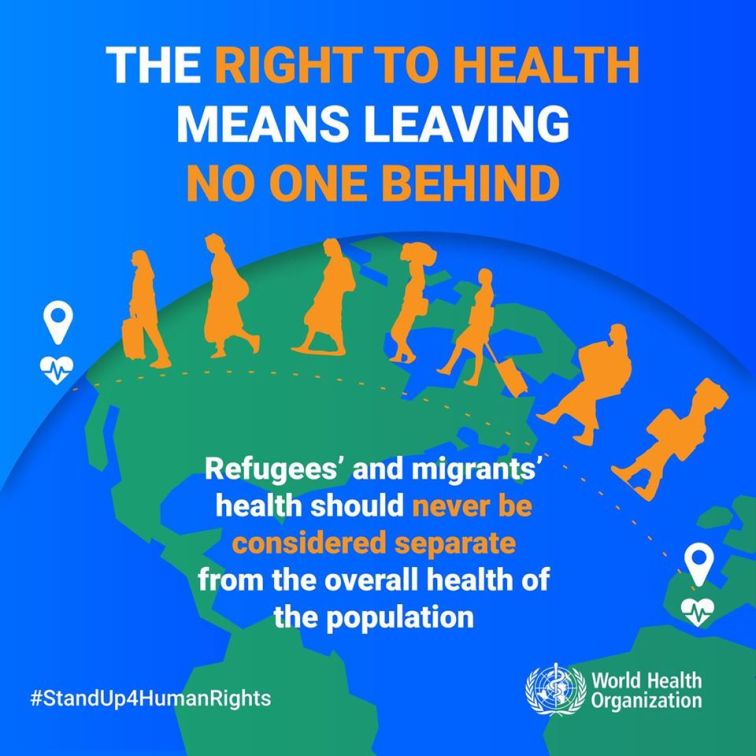