We have recently started a cricket team at the Kinsale Road Accommodation Centre. Just like our world music band, Citadel, cricket is offering refuge to many of the residents of Direct provision Centres, and we want to spread the news.

It all started quite innocently with one of the young Pakistani boys asking me if I could help him to find a cricket bat. He wanted to join a local cricket club, and I had also noticed that many of the residents were playing cricket with a tennis ball and self-created wickets in the evenings.

I thought about it for a while and decided to put out an appeal for cricket gear on Twitter. The response was fantastic. Cricket is a minority sport in Ireland, not many people play it, so when I said on Twitter that there was much cricket talent in Kinsale Road Accommodation Centre and that helping out cricketers could be very beneficial to Irish cricket in the future, the response came fast. We received bats, balls, pads and helmets. The cricketers were very happy, and in all my enthusiasm, I mentioned we might organise a game against one of the local teams one day. That really struck a chord and soon a whole team of around 15 cricket players was training outside between the residents’ blocks, getting ready for the hypothetical game, every time the sun shone.

The beneficial effects of just having something to look forward to and a reason to get up and play were very obvious. Again, we managed to find a way to out the daily stresses to the side for a few hours, a week, and to re-discover hope.

Many of the Asian community in direct provision don’t have the right to work or are not finding work, and the days are long when all you do is worry about your case. Cricket offers a way out of that.

From asking for gear we asked for a training ground, because there is not enough space in the centre, and it is impossible to play with a hardball.

Through the City of Sanctuary Advocacy subgroup, we organised a meeting with UCC, Munster cricket and Harlequins cricket club and discussed the possibility of finding a training ground and organising some friendly games. At first, the cricket club delegates only thought about getting the good players involved with their own team, but that was not entirely what we were looking for. Mustak, our captain made it clear that while it would be nice for some to join local clubs, the residents of Kinsale Road also want to play together against other teams.

On the same day, we were interviewed by PJ Coogan of The Opinion Line of 96FM. He loved the idea of helping the residents to find a team to play them, and soon Harlequins challenged the team, now called KRAC11 to a game.

I will never forget the joy on the players’ faces, on the day. Some of them had not played on a pitch for ten years or more, but these men from Bangladesh, India and Pakistan are born holding a cricket bat. The game went well, we lost but not too badly,  We had supporters coming from the Kinsale Road Centre, but also from the city and even as far as Kinsale town. One local man who always played cricket has now bought some of the gear needed and has sponsored some T-shirts. He is the owner of Avoncourt Packaging, a company right next to the centre, another man came to check out the players, he is a member of a local cricket club of lawyers, they needed some help to score more runs, and a week later three of our own players did just that.

One payer was taking scores at that game, and I was sitting next to him when he said, “Roos, what you are doing is big, it makes such a difference and it should have been done years ago by the management of the centre. instead of sitting in our small bedrooms, which we share with others, we are here now, outside, playing cricket and making new friends along the way.

KRAC11 has now been offered the use of UCC’s cricket field in The Farm, 2 more games are on the agenda, and we are hoping to organise a cricket feast for other direct provision centres in the summer. 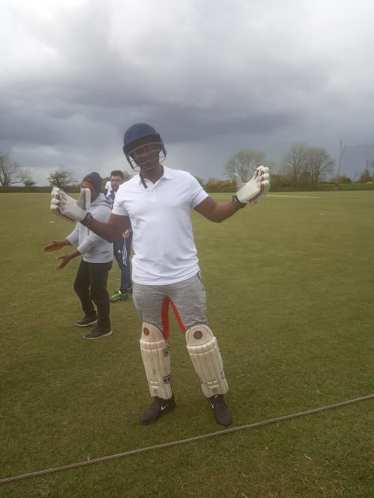 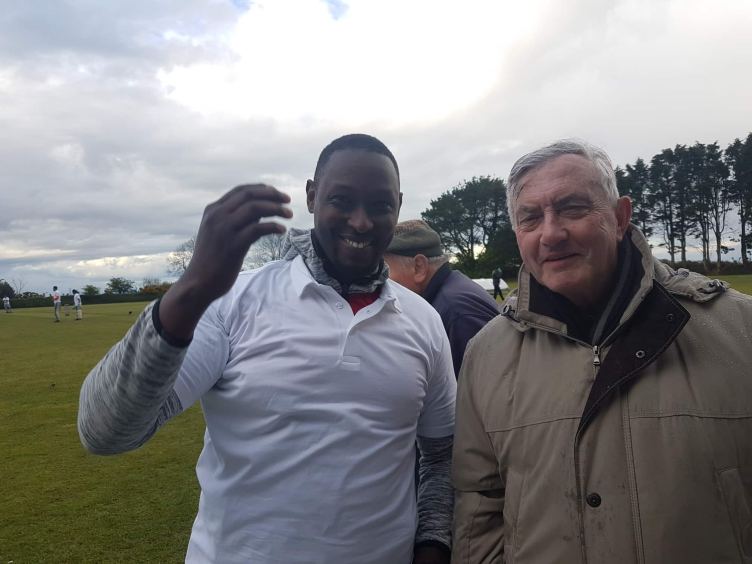 One thought on “Finding Sanctuary in Cricket”