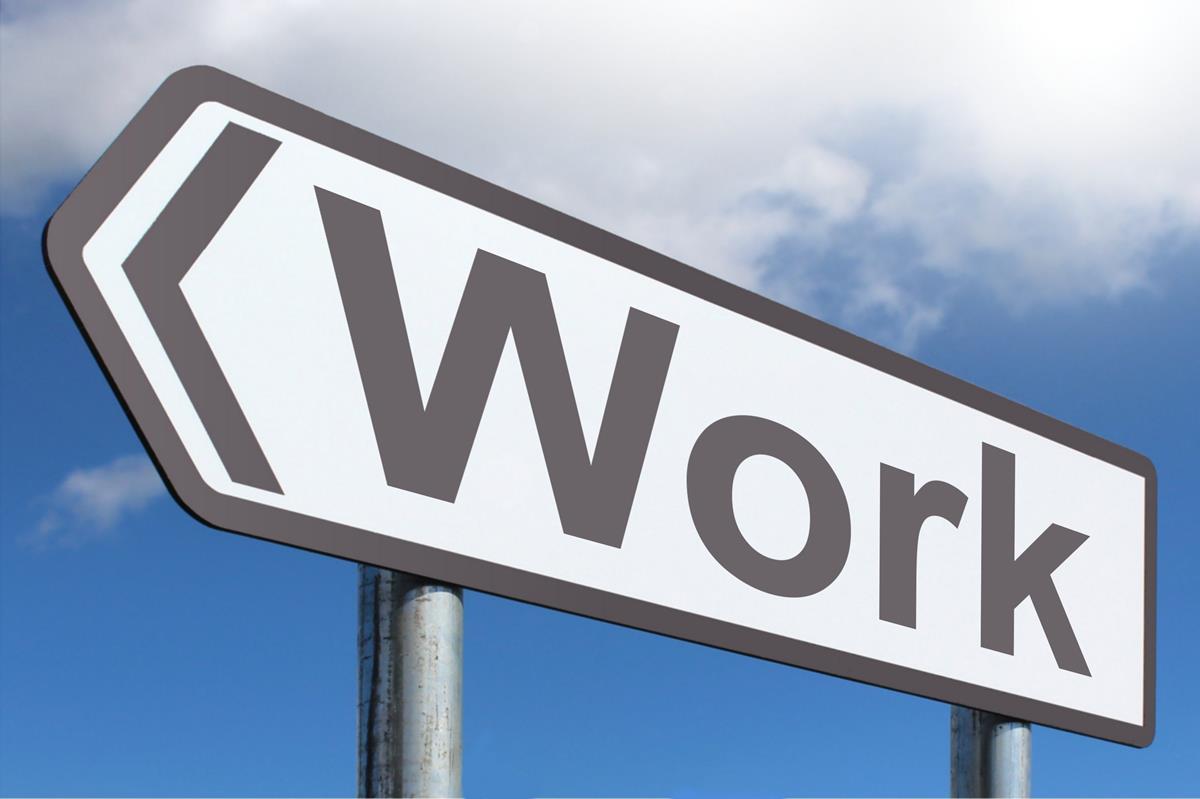 They had been fighting for it for many years, and on June 27th this year, the announcement finally came. Asylum seekers in Ireland will be allowed to access the labour market without restrictions, apart from the obvious ones, like the civil servant jobs, or the gardaí.

Everybody was delighted. At last! Fathers would be able to provide for their children, young people wouldn’t have to waste their life away playing pool or table tennis in recreation rooms of Direct Provision Centres, those who had learned skills while here, such as caretaking, IT skills, textiles, could finally use what they had learned, there was a sense of relief and celebration.

Then we looked a bit closer. Well actually, only those who have been in Ireland for at least nine months, and who haven’t yet had the first decision on their case can work. That immediately reduces the number by a lot. I haven’t been able to find the exact number, there are no public statistics on how many people are in appeal after a first negative decision. The mood changed slightly. Still, for those who are eligible, it was good news.

I immediately started helping my friends in the local accommodation centre to write CVs, get connected on LinkedIn, search the job sites for vacancies and start applying.

They asked and received their permission to work straight away, a permission which is valid for six months and renewable after until the person holding it has received refugee status or leave to remain, or until a final negative decision is reached.

And then, slowly but surely, reality dawned on us. One of my friends applied for the French language customer service jobs in Cork. There are many vacancies. He immediately got a reply from Voxpro and also from Grafton recruitment.

They asked for his work permit, he sent them the permission he received. And then it went wrong. At Voxpro the reaction was that this permission was only for 6 months. We tried to explain that it would be renewable every 6 months, but to no avail. They had the bad manners of not replying to my friend’s very kind email anymore.

At Grafton Recruitment, he was asked for his GNIB card, which you can only get when you have residency in Ireland. My friend called the agency in my presence.

The call was answered by a receptionist who laughed loudly at my friend’s name and told him the recruiter would call him back, while still laughing. That phone call never came.

We then sent them an email, explaining the new right to work rule and even attaching the fact file we had received. All to no avail. No further contact was made.

It has become clear that recruiters are not informed, they are unaware of the new right to work rule, and some of them are also quite rude.

We were trying not to lose hope.

My friend wanted to open a bank account, but the AIB and the Bank of Ireland refused to do so because he could not produce a passport (which is held at the IPO office). One IPO officer had explained to the asylum seekers that they could ask for a form confirming their identity at the IPO office. So we did. This is what Jean got back: 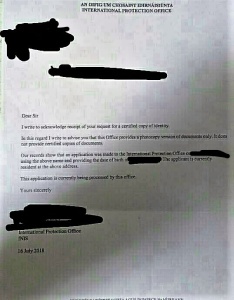 Dear sir, I write to acknowledge receipt for request of a certified copy of identity (that was not the request. The request was for a document that confirms his identity, as explained by the IPO officer sic.)In this regard, I write to advise you that this office provides a photocopy version of documents only. It does not provide certified copies of documents.

Our records show that an application to the International Protection Office was made on …….using the above name and providing the date of birth of…………………

The applicant is currently resident at the above address.

This application is currently being processed by this Office.

I think it is quite clear that this will never be accepted as a form of identification.

Every time I walk into the accommodation centre, someone asks me for help with writing a CV, or how to ask for permission to work. I am not a professional career advisor, and I was quite astonished that no help had been offered by official instances, so when I met a lady from the social protection office (for personal reasons), I asked her if it would not be possible for the employment office (Intreo) to offer help, maybe workshops, to eligible asylum seekers. She told me, that they just need to call the office and make an appointment with a caseworker. She looked at me slightly annoyed saying, it is all very straightforward. The Intreo workers had received an email explaining the new right to work rule and they are available to help with looking for work.

How can asylum seekers know, if nobody informs them, I asked. She gave me some cards with the website details, and a number to call in Cork for those who want to make an appointment in the Cork office.

That has so far been the only positive development.

Intreo helps, they didn’t tell anyone, but once you know, they do help, sort of. When my friend went to see his caseworker and asked her what he could do about the recruitment agency asking for a GNIB card, she told him to send them a link to the jounal.ie article, talking about the new right to work rule. Well, I don’t think that is a very professional way of informing recruiters.

There are other problems; the price working asylum seekers will have to pay to stay in the (shared with unknown people) room in the accommodation centres is calculated at a whopping 35 € a day. Once in full-time employment, that comes to €1085 per month for a shared room and food which you can’t access because you are at work, and often don’t come back on time to get it, on top of that it is not very nice.

So you say, move out and rent a place in town. All good, until you lose your job and have no more income. You’d have to return to the Direct Provision centre, where, by that time your room has already been rented out and the authorities will decide to transfer you to a city you have never been to before and you will have to start from scratch again.

Or your case is finalised with a negative decision. If that happens you will not be allowed in the centre anymore and will certainly become homeless.

I talked about this with someone from a known NGO. She told me to advise asylum seekers not to work. The risks are too high, the price of the accommodation unsustainable. There is too much insecurity.

So here is the desperation in a nutshell:

For goodness sake, Ireland! Do something about this.

4 thoughts on “Right to work for asylum seekers: from elation to desperation.”