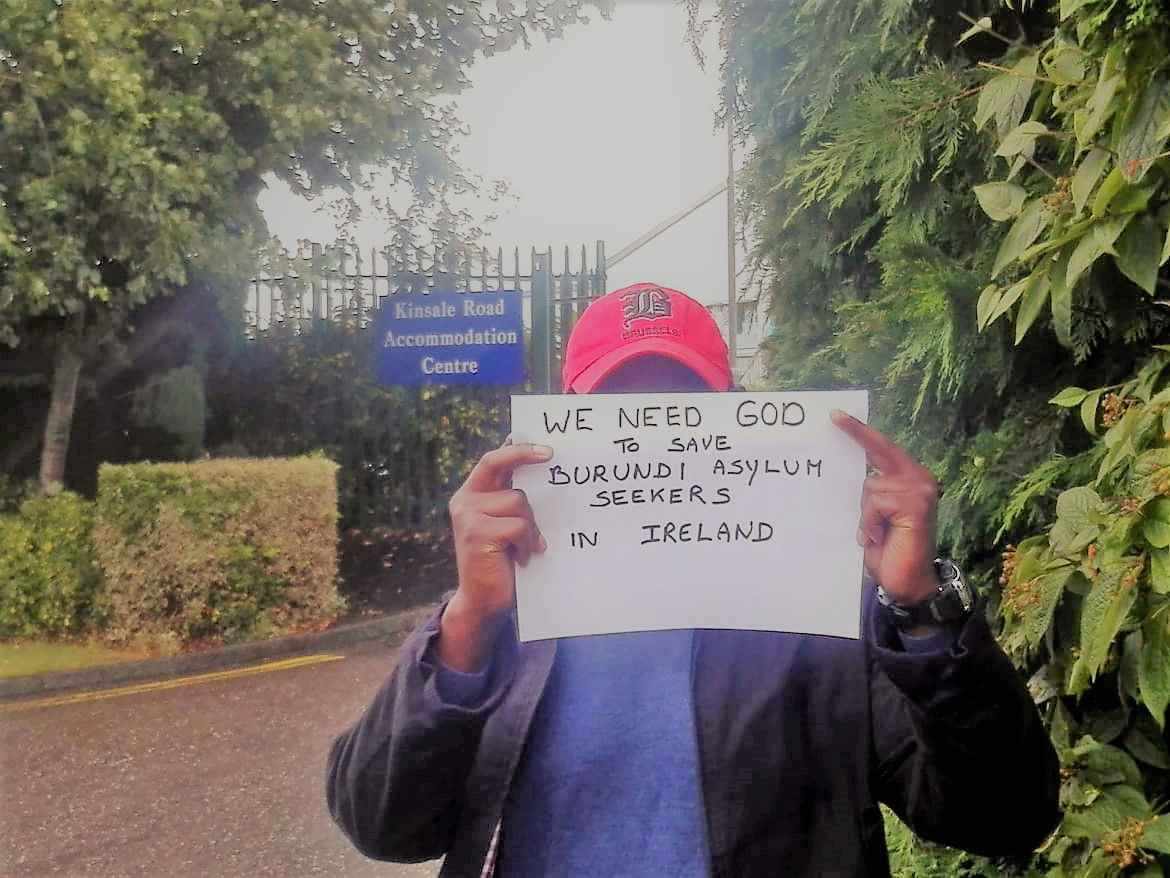 Burundian asylum seekers in Ireland think that the IPO and the government have either forgotten about them or simply don’t care.

There are currently around 7 Burundian refugees asking for asylum in Ireland.

Burundi is a small country in the East of Africa, it borders with the Democratic Republic of Congo to the West, Tanzania to the East and Rwanda to the North.

This beautiful country has a very sad history of troubles, with the genocide which happened there in 1993, and more recently the forced unconstitutional 3rd mandate election of the president Pierre Nkurunziza in 2015. Human Rights Watch has recently published an article on the horrendous situation in Burundi. You can read it here. it talks about crises of massacres, rape and torture of the opponents of the 3rd and unconstitutional mandate of Pierre Nkurunziza. Since 2015, more than 400,000 people have fled the country, escaping human rights abuses, continued political uncertainty, and the related humanitarian crisis.

I spoke to three of the Burundian asylum seekers here in Ireland. I am keeping their names confidential to protect their safety and the safety of their families who are still in Burundi.

The first testimony comes from a man in Cork, he is a professional and a father of 4 children.

He thinks that the IPO or Ireland have either forgotten about them or don’t want to take care of Burundian asylum seekers, because it has now been 2 years and 5 months since he arrived here in March 2016 and since then not one Burundian has received a decision on his/her case.

‘I was called for an interview 5 times now, and I have done 4 interviews of 4 to 5 hours each, answering the same questions that remind me of the pain I have been through, of all the abuse inflicted on me. Every time I leave the interview I spend one or two weeks thinking about why I have to suffer like this, because of questions about what happened to me that keep coming back. Every time I give the same answers, and I wonder if they are waiting for a certain response. I imagine that they have a certain answer in mind, that I am not giving them, and they keep calling me back. But everything I have told them is the truth, I have given all the proof necessary, and I just don’t understand why they keep calling me back and ask the same questions time after time again.

I feel like I keep doing the Way of the Cross in a country where I thought I would find protection and refuge for myself and my family. I am a father, I left my children behind, I am incapable of saving them and I am not even sure if I will ever be able to.

Are there no parents among those who treat my case, who can imagine the trauma I go through, or who can put themselves in my place or that of other people like me who are like prisoners in the Direct Provision Centres.

There have been times here when I have thought about how my life is worthless, and that it would be better to die than to let ideas and unrealisable responsibilities take over. Then I wonder if they don’t understand me, or if it pleases them to see how everything that happened to me affects me when they keep insisting on it every time I meet them.  Or if one day I will lose my family because of the same reason, that I have been explaining since the first interview. Up to now, my wife and children live in hiding from fear of being found and exterminated one day.

We are not allowed to complain and we can’t ask questions to the IPO about the progress of our case.

We are put in a queue and we never know when we will be called again.

The second witness is a young woman who lives in Galway.  This is a lovely well-spoken lady, a young mother of two children, aged 9 and 11 who are still in Burundi. If she returns to be with them she knows she won’t survive.

This lady has been interviewed three times, her interviews have finished but without a decision. The last interview was in April of this year. The interviewer said she would get an answer in maximum 3 months. The three months have now become four.

‘When I arrived here, the IPO officials had told me I would have to wait a minimum of 6 months, but I never thought I would wait for nearly three years without knowing what will happen. I have seen other people of different nationalities, who have arrived at the same time as me receive their papers, or go into appeal against a first negative decision, but I and the other Burundians who have been here for the past 3 years are still waiting.

I was advised against working, because of the cost of the stay in the Direct Provision centres and ifI’d move out, homelessness looming should I then lose the job.

I feel my life here is useless. My children feel abandoned. They think their mother lives in the paradise of Europe and has left them behind.

I told my interviewer that surely he must be well-informed about what is going on in Burundi. His answer was,  ‘I don’t care’.’

The third Burundian asylum seeker I spoke to also lives in the Kinsale Road Accommodation Centre. He says he was the first of the seven to arrive in Ireland. He had one interview with ORAC, but since then the system has changed, he filled out the new 60-page questionnaire and that’s it. He hasn’t heard anything else. He is still waiting for his interview, nearly three years after arriving.

‘I was 21 years old when I arrived here, now I am 24 years old, I feel like the best time of my life is being wasted in the Direct Provision Centre. I had big ambitions when I got here. I thought I could go to college. Everything was still fresh in my head because I was a student at the University in Burundi when things got really bad and I had to run. I would like to finish my education, but I have no access to third level education. Instead, I am just staying somewhere in an Accommodation centre, being fed as if I am in a nursing home, like an old man.

My friends told me I would be better off with a private lawyer, and supported me financially to get one. She has not done anything for me either. She tells me to wait.

I have not been able to work and I am scared that I will lose my skills, just because the system won’t allow me to do anything. It hurts. People my age are realising their dreams, they are getting better and better at what they do, I wanted to be part of that.

When you arrive in Europe you think you are coming to a safe land, but instead, you are treated as if you are unable to do anything. It makes me depressed.

It is impossible to stay in my country, it is very, very bad there. But none of us Burundians has had an answer to their case.

Irish people don’t really know Burundi, but the IPO does. I came to look for asylum. They are professionals, they have to investigate where you are from, they should know. So I think that they ignore it, they do know about what happens in Burundi. They are just ignoring us. It feels like they put us in a cupboard like you do with files. They put us in a cupboard and close it. They say ‘Oh he’s Burundian, okay, in the cupboard and close the door’

I would like to ask the people at the IPO, maybe they have children my age, how would they feel if their child was put somewhere and forgotten about? All I ask for is to be legalised and to let me decide for myself how I can live and work.

Europe, land of hope…..I have been very disappointed.’

These are three of the seven Burundians waiting in Direct Provision centres around the country. A report of the Commission of Inquiry of the United Nations Human Rights Council says that the Commission advised to grant prima facie refugee status to Burundian nationals and to ensure strict respect for the principle of non-refoulement. the current security situation in Burundi obliges the asylum authorities to treat these applications with great caution.

The Burundian asylum seekers are wondering what they can do to make the Irish government act on their cases. They are asking not to be forgotten. They have been through horrible events and should be treated as the true heroes they are.